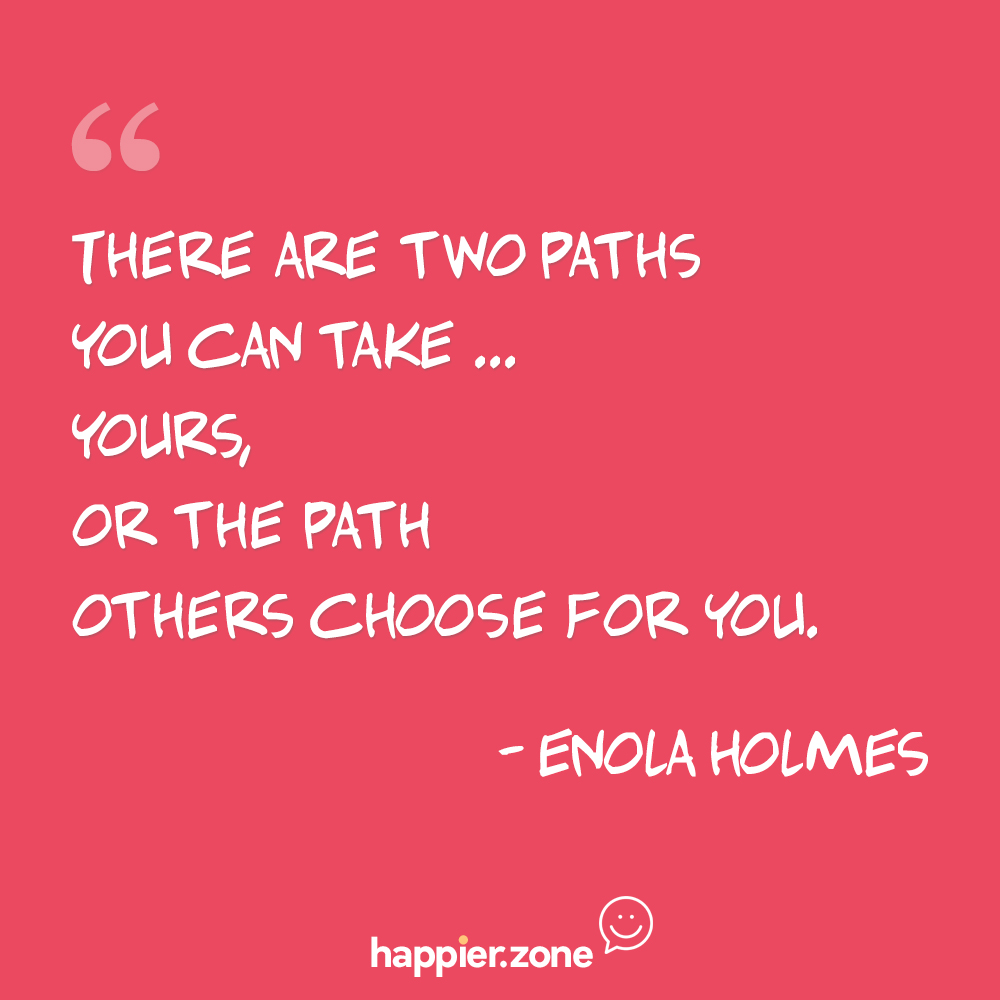 There are two paths you can take…

I just watched Enola Holmes — super cute movie with one of the world’s favorite young actresses, Millie Bobby Brown. There are some fun quotes in there that will pop up here. My first favorite is the quote when her mother, Eudoria, tells her: “There are two paths you can take Enola, yours, or the path others choose for you.”

This is not a political website so I don’t make overtly political statements. But since it is election time, I will say something. One of the things that makes America ‘great’ is the idea of ‘freedom’. We haven’t been a very free country, but we have enjoyed enormous freedoms compared to many parts of the world. Rather than feeling entitled to our freedom, we should be grateful for it and cherish it enough to defend it.

This idea of choosing our own path is the idea of freedom. The idea of others choosing our path for us well, that is the opposite of freedom. One of the major problems we have is that we are a nation divided and opposed to each other. Each side is afraid of the other side’s ‘agenda’. So each side seems intent on defending themselves from the other.